In 1959, by passage of Chapter 414, Minnesota became the first state in the country to create a commission, the Minnesota Municipal Commission (Board), to hear and decide local incorporation and boundary adjustment matters.

Before 1959, the Minnesota Legislature was confronted with municipal boundary chaos. The post-World War II growth in large urban centers marked a distinct departure from the previous patterns of a predominantly agricultural age. Provisions and procedures for incorporation and boundary changes were haphazard, with no public body to provide order and an overview. This proliferation of uneconomic villages placed additional burdens on counties and surrounding areas.

The legislature recognized the need for a coherent policy to guide urban growth not only in the metropolitan area, but throughout the entire state. Chapter 414 was a comprehensive act codifying all laws on boundary adjustment and providing for administrative review by the Minnesota Municipal Board. The Board was charged with conducting proceedings and issuing orders to create a municipality, combine two or more governmental units, or alter a municipal boundary.

Dissolution of the Minnesota Municipal Board

All boundary adjustments affect local government and have the potential for conflict or agreement. The Municipal Boundary Adjustment Unit works with other state agencies and local governments to make the most efficient use of available resources. 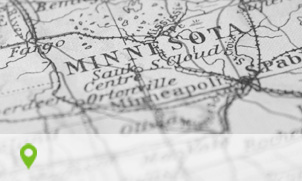